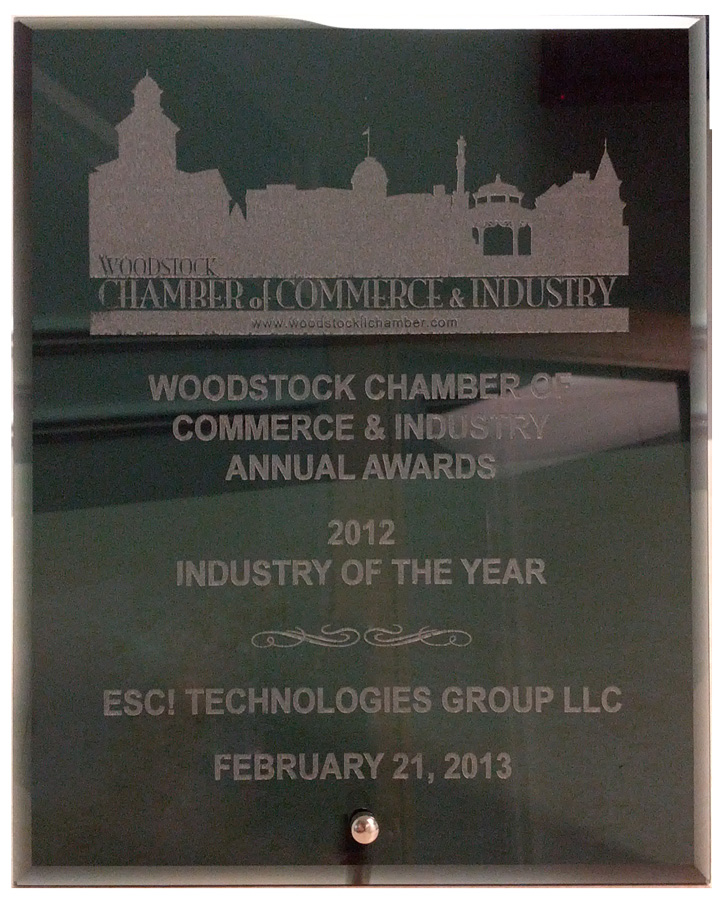 Woodstock, IL — ESC! Technologies Group is honored to have been named the Woodstock Chamber of Commerce & Industry’s “2012 Industry of the Year” at the Chamber’s Annual Dinner & Awards held at Woodstock Public House on February 21st, 2013.

Shortly after debuting the new Woodstock Legends series of videos, Mike was surprised to hear his name called as this year’s recipient of the award.

Mike said: “I’m so incredibly honored to have been presented this year’s Industry of the Year award. We’ve really enjoyed working with the Chamber on their new logo which debuted in 2012 as well as the exciting new video initiatives we’re helping the Chamber introduce for 2013, including the brand new ‘Woodstock Legends’ series.

“The Chamber has been such a supportive organization to my business, and when you take on a project like the new Chamber logo, you do it because you want to give a little something back, not only to the Chamber, but the the Woodstock Community as a whole.”

For more on this year’s Annual Dinner, please visit the Chamber’s website at: